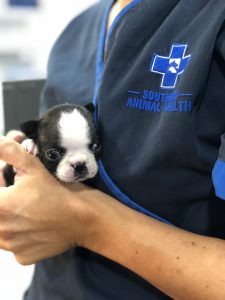 3. A thickened soft palate exacerbating the concerns of what was initially just a long soft palate

5. Stage 2 and 3 laryngeal collapse. (Progressive collapse of the voice box)

There are two small membranes located inside the larynx. The turbulent airflow caused by stenotic nares plus or minus the elongated soft palate cause these saccules to thicken, swell and eventually evert. As you can imagine, these narrow the airway resulting in increased snoring, decreased oxygen supply and exacerbating the whole Brachycephalic Obstructive Airway Syndrome (BOAS) process. (If you have noticed your dog slowly worsening with their snoring, this is likely happening). The good news is these can be easily and quickly removed if they are causing a significant problem.

Here are the general rules that we have encountered in our clinic: 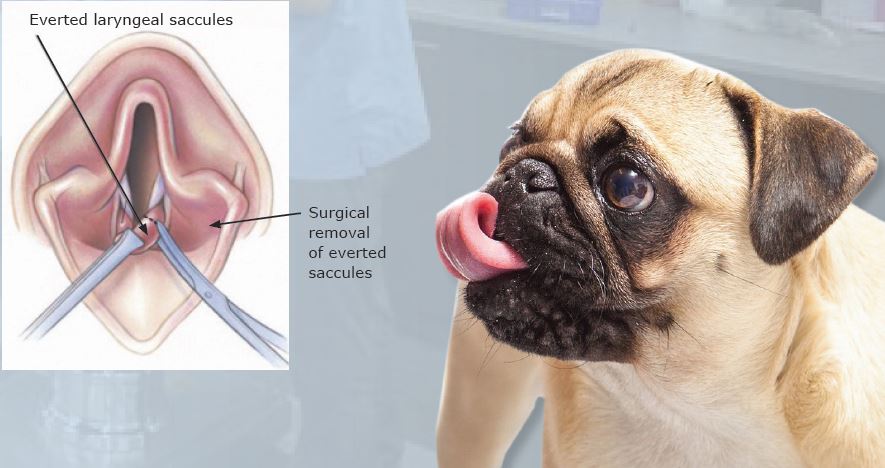 The lining at the back of the pharynx (mouth) is called mucosa. The turbulent airflow results in this lining thickening and folding with time. As you can imagine, this reduces the space available at the back of the mouth, exacerbating the Brachycephalic Obstructive Airway Syndrome (BOAS) concerns with time.

The bad news is this cannot be corrected, and the worse it gets the less chance eventual surgery will give as good a long term result as early intervention. This is a major reason, along with stage 2 and 3 laryngeal collapse, that we strongly recommend early assessment and if appropriate, intervention.

The turbulent airflow also causes an already elongated palate to thicken with time. Unfortunately some palates are naturally quite thick, even at six months of age, but this is relatively rare at this time. Beyond one year the chances of a palate thickening increase significantly. 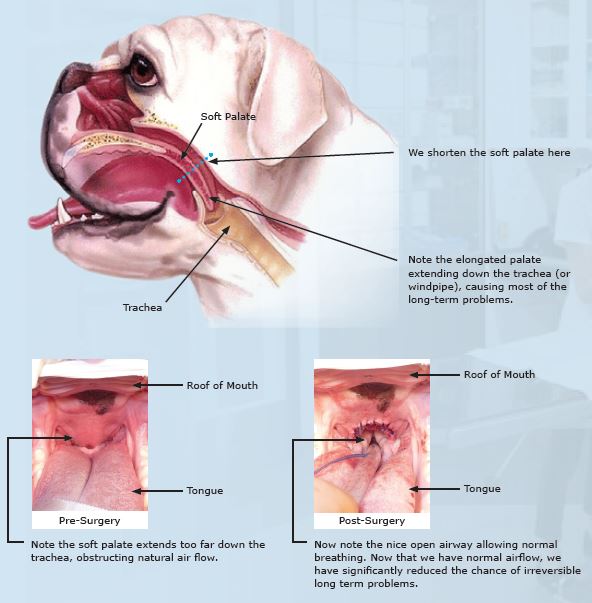 Unfortunately some dogs who appear to be OK, seem to worsen with snoring and respiratory noise upon exercise as time goes by, and occasionally this occurs quite quickly. Some of these dogs are at risk of laryngeal collapse. This occurs when the abnormal airflow, and secondary changes of everted laryngeal saccules and redundant pharyngeal mucosa, lead to pressures that result in the arytenoids (two cartilages that form part of the larynx), permanently collapsing in on themselves, further narrowing the airways and restricting oxygen. This is bad news. These cannot be corrected and are a reason for euthanasia in some individuals suffering from this.

The same negative pressure concerns resulting in the above problems can lead to tracheal collapse in some dogs. This occurs when the trachea weakens and collapses in on itself further restricting air movement. Like 3rd stage laryngeal collapse, this is very concerning. 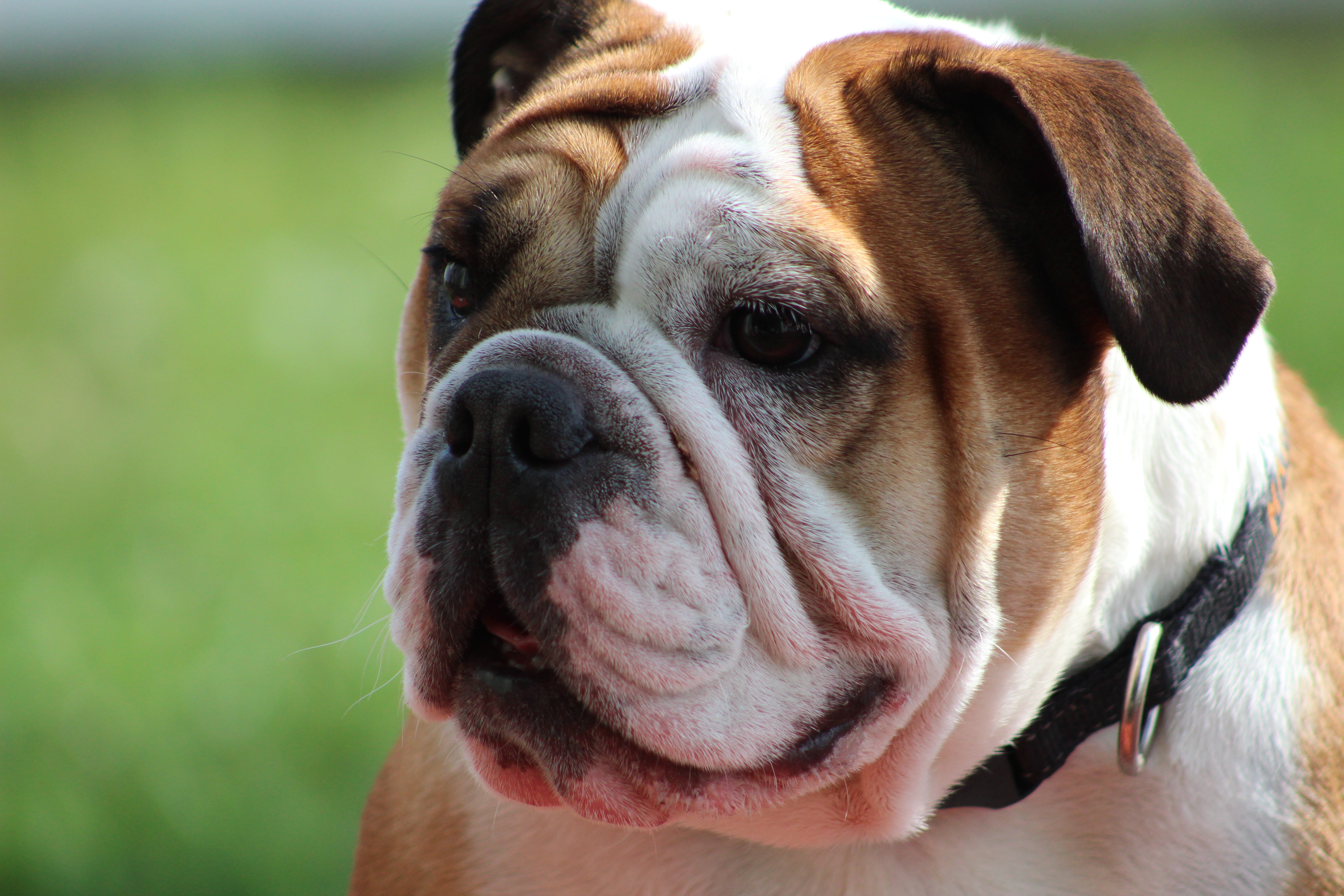