and many more techniques that most general practices refer to specialists. 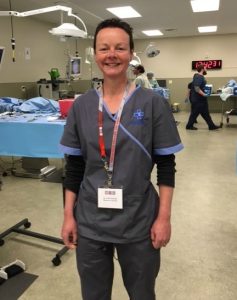 Karin opened Southern Animal Health with Marcus in 2009 and since that time, has provided her advanced surgical expertise to all SAH clients. Helping to educate other surgeons at our clinic and raise their skills to levels rarely found in a general practice, Karin ensures that the surgical standards at SAH are at the forefront of what can be offered to Melbourne’s pet owners.

Graduating at Sydney with honours in 1993, Dr Karin Davids initially worked in a mixed practice prior to focusing on small animals in particular in the year 2000, with a primary focus on advanced small animal surgery. Working from Waverley Animal Hospital, Karin attained her membership in small animal surgery in 2002, and has gone on to ever higher standards of surgical expertise. (View further training undertaken by Dr Davids).

Being one of the few surgeons in Melbourne to offer Tightrope procedure for cruciate ligament rupture, along with  TPLO for larger dogs, the most advanced procedure that can be offered. SAH offers one of the most comprehensive surgical solutions for canine cruciate disease. Karin also performs many other advanced surgical procedures such as:

and many more techniques that most general practices refer to specialists.

Clients of SAH truly are privileged to have Karin’s expertise and ability on offer. This in itself means that we rarely have to refer surgical cases to specialists that many other general practices would.