A combined effort from our medical and surgical team

Buddy is a 12 year old Beagle Cross Labrador who came to see Dr Marcus Hayes for a second opinion after being diagnosed with a liver problem at another vet clinic. Dr Hayes has a particular interest in liver disease which is one of the most complicated and misunderstood organs.

Buddy’s liver enzymes had been rising sequentially over one year but his owner had not been given any reasons for this or treatment options, and were advised to keep monitoring him. Our own workup of X-rays, ultrasound and aspirates confirmed there was no sinister concern other than possible early stage non-clinical Cushings Disease. An unexpected finding during Buddy’s workup was a 5cm diameter mass in his lung. Initially, we needed to confirm this was not related to the liver disease – which fortunately it wasn’t. However in itself it was of big concern because solitary lung masses are often nasty tumours. 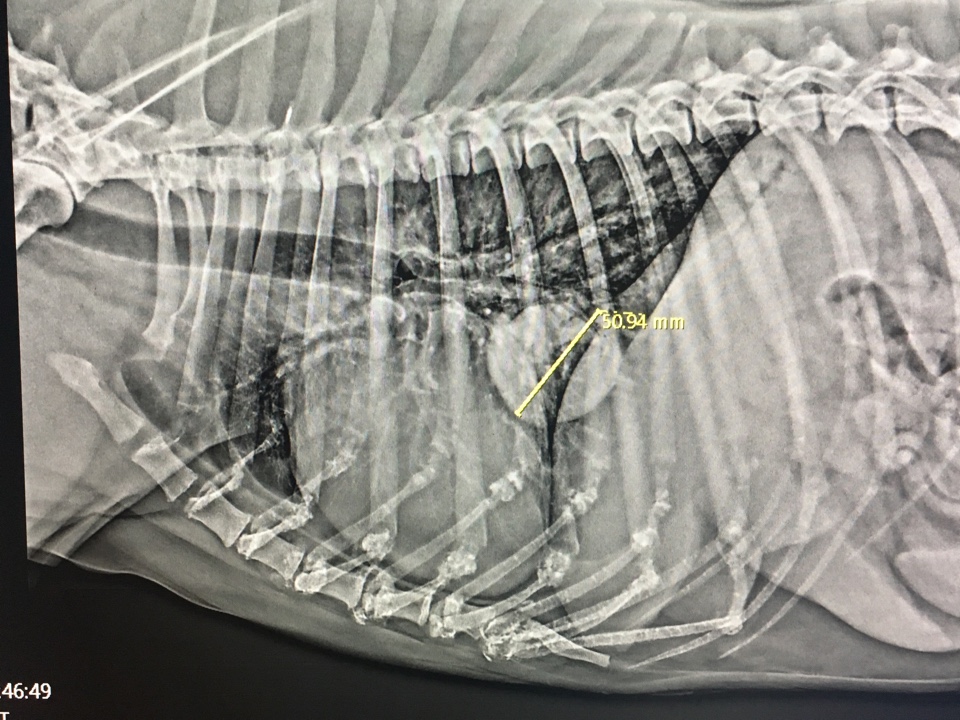 So now we had two separate and unrelated concerns to deal with for Buddy. There were still further tests to be run to diagnose Cushing’s Disease but the mass in his lung was the greater and potentially life-threatening priority. Our head surgeon Dr Karin Davids performed a thoracotomy on Buddy to remove the lung lobe containing the mass. This is a major procedure that many vets refer to specialists but that Dr Davids regularly performs within our hospital. That same afternoon after surgery Buddy was up and around and happily eating chicken!

A biopsy of the mass unfortunately confirmed that it was, as suspected, a nasty tumour called an adenocarcinoma. With complete removal, as was achieved in Buddy’s case with pathology showing a clear margin, the outlook is reasonable for significant longevity having found it and acting early. We are currently investigating adjunctive treatment options for Buddy with our consulting oncologist for the best possible outcome. 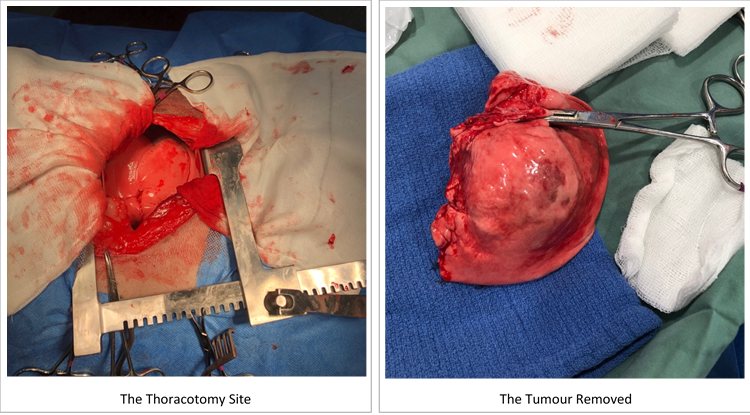 For a more detailed viewing of the surgery itself you may watch both videos below, with a warning that surgical pictures are quite graphic.

– Our team of vets have varied interests and advanced training and knowledge, and work together on complicated cases

– We regularly diagnose and treat cases that other vets are unable to solve, or would refer to specialists

– When needed, we have consultant specialists that we work with

– All of these factors allow us to treat most of our patients within our own hospital – a familiar environment for the patient, and a familiar face for you to talk to

Here is a picture of Buddy just a few hours after surgery (ready to tuck into his roast chicken at Hotel SAH!) 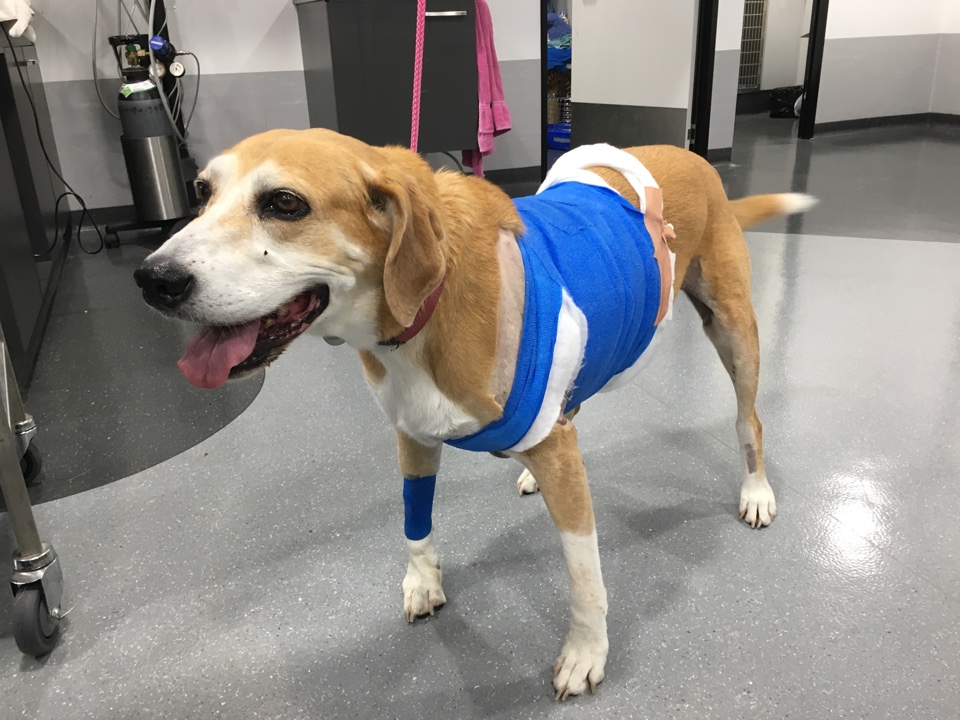