Hi everyone who may be reading this, possibly wondering about airway improvement surgery for your beloved bulldog, frenchy, pug, or similar squishy faced doggie.  My husband and myself have a beautiful, adorable French Bulldog named Henri. We adopted him from a lovely breeder in Victoria and he is now 18 months old. I have to say that Frenchies do ridiculously steal your heart with their beautiful loving nature and hilarious antics  We live in an apartment so he has fitted into our life and we are now the three muskateers.

We researched what breed would suit us for about two years before Henri joined us and we were pretty sure we knew all there was to know about this type of breed. We felt we were prepared for perhaps things like itchy skin, sensitive tummy, eye problems (due to the big eyes), ear problems (due to the open ears) and also we had read about the fact that some can have breathing problems. Conversations with experts gave us information which led us to believe that if your Frenchy is bred well, breathing problems should not really be an issue, although it might be helpful to have the “soft palate done” when you desex them if you think they might have a little breathing issue.

So puppy Henri bounced into our world, totally happy and healthy. Cute beyond belief and complete with the expected snuffles, snorting when playing with toys and snoring at night which can be so endearing (unless you are trying to sleep and they are on your bed! Yes we too said in the beginning Henri would not be on our bed with us… hahaha!). Occasionally too he would do the kind of reverse sneezy thing which again we were told was normal and happens occasionally. When we had him desexed, we had no advice to do anything as all this to many seems quite normal, so we did not have his soft palate done. We had taken out health insurance and he had a clean bill of health constantly.  Happy Days!

When exercising Henri, because we “knew” about the breed, we took care not to overdo it or have him out in the heat. We would walk him everywhere with us as we live in the bay area near the city so tend to do most outings on foot, but we got to know him very well and could tell if he needed a sit down in the shade with some water (good excuse for a coffee for us!) or it was time to get him back home.

I think the key thing here was we had no idea that in reality, Henri was struggling. Those sounds you hear are our babies trying to breathe and get air in. Noses have been bred flatter over hundreds of years but the innards (laymans terms here) and internal structure of their airways remain as they were when they had longer noses. We were still not thinking Henri had any real problems as he was just a normal Frenchy, however we did start looking into this a little bit more. We came across Southern Animal Health and decided to pop him in there and just ask the question. Is his breathing okay? He sounds like all other Frenchies we meet but is he really as comfortable as he can be?

That visit changed Henri’s life! After some good chats with Marcus and Karin, along with lots of cuddles for Henri (plus expert examinations with treats), we decided to put him in the hands of these wonderful people who passionately care about the welfare of brachy dogs. At 15 months, Henri underwent surgery which included nostril widening, tonsils removed, soft palate thinned and trimmed and saccules removed. WOW!!!  Well that was unexpected! Now, we understand not all squishy dogs need all that done – you wont know until they are under what needs doing. Henri needed a fair bit done to help him breathe better. He was a bit sorry for himself for a few days… bless him. He must have been so sore and he was on soft food and very quiet. That didnt last long though… Let us now tell you about the outcomes…  We are still lost for words on the fantastic changes this has made for Henri.  When we walk him now he pants like a normal dog (although be aware you will always need to be careful not to overdo it and stay out of the heat with brachy dogs). When he plays with toys he doesnt snort, snort, snort down the corridor with his ball.  He still snuffles but thats just cuteness – not trying to breathe.  He is SILENT AT NIGHT!!!!  In the beginning I kept checking him thinking he was dead!  No, just in a deep sleep, peaceful and comfortable. Henri would fall asleep and hardly move position all night. The perfect baby. (Note: previously at night he was always tossing and turning trying to get into a good position (due to the snoring), but again we didnt realise that could be improved). It has been months now and he honestly never ever snores.

We now believe that all flat faced dogs would surely benefit from some kind of airway improvement.  We are surrounded by them where we live. They all sound the same and owners do tend to roll their eyes lovingly about the snoring and snorting (as we did) because we all think its normal.

We can not speak highly enough of Karin, their amazing surgeon who we are very lucky to have access to here in Melbourne, and Marcus with his expertise and passion, plus the caring team at Southern Animal Health. Our hope is that one day this becomes a normal process for all squishy faced breeds to have at least something tweaked in their airways to make them more comfortable. 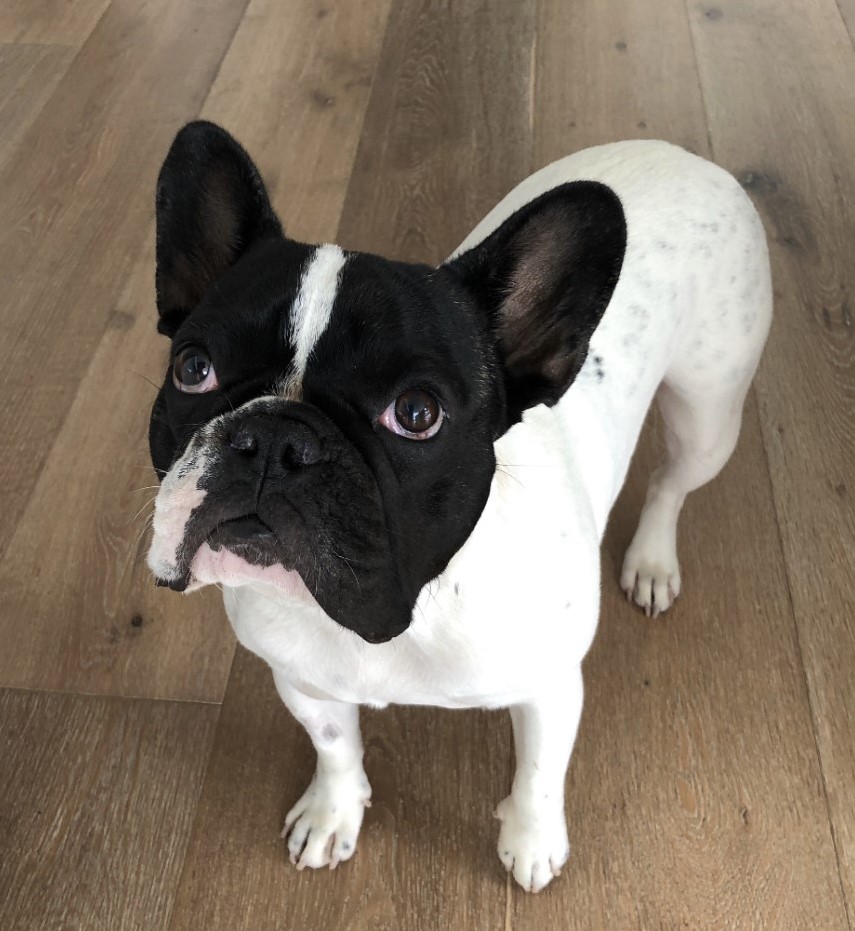