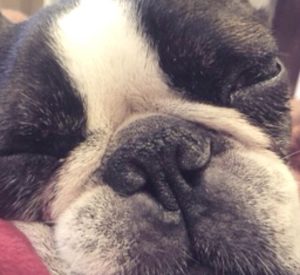 The older Woody got, the more I came to notice that his breathing was getting worse. His snoring became so loud that we kicked him out of our room at night – and could still hear him through the wall!. His breathing would get labored quickly and would gurgle a lot. He would also have to stop to lie down on walks (especially on warm days).

Being a veterinary nurse myself and working in the Veterinary industry (I know, why did I get a Boston!?), I started to do some research and came across Southern Animal Health. I found they had the most up-to-date and advisory information on what Brachycephalic Obstructive Airway Syndrome (BOAS) is, and what is involved in the surgery. I contacted the very competent staff at SAH and told them about my six year old Woody. I was then called back by Dr. Marcus Hayes and the level of care, information and professionalism was amazing, and unfortunately, not readily available in the pet industry.

Dr. Hayes assured me on the amount of BOAS surgeries Dr. Karin Davids had performed and the high amount of success she had had. After learning that it is preferred for Brachy breeds to have this type of surgery performed at the time of desexing or around two years of age, I didn’t want to wait any longer. There was no question, we would be making the trip from Sydney to Cheltenham Victoria for the procedure.

I dropped woody off at SAH 8:45am, had a consultation with a very thorough, very knowledgeable nurse that calmed my nerves well. Woody ended up having his soft palate shortened, tonsils removed, larangeal saccules removed and nasal nares enlarged. By 9:45am I was called to say the surgery had been a success and to say I was relieved was an understatement!

Three days after the grogginess had fully worn off and the pain relief was really doing its job, Woody was a different dog. He runs around, he doesn’t choke on his food, he’s stopped sleeping standing up and he doesn’t snore any more (he’s back in the bedroom, much to his delight!).

The staff continued to follow up with me to check the progress of Woody which was really lovely. I would recommend this clinic to anyone and would not hesitate to make the trip back to Victoria should any of my animals need any over and above care. I can’t thank all of the staff at SAH enough for looking after Woody and giving him (and us!) a new lease on life.

If you are thinking about whether or not this surgery is right for your squishy faced friend- don’t give it a second thought. Don’t believe what the keyboard warriors say! These sort of dogs shouldn’t be having difficulty breathing. Their quality and length of life can be enhanced 100 fold. 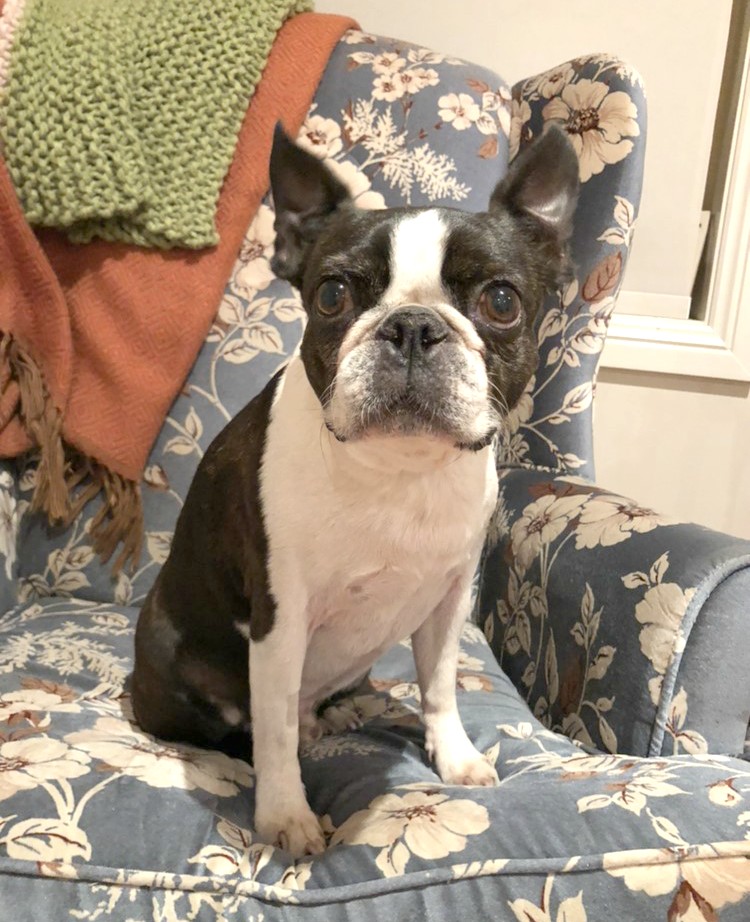