I’ll start by admitting that I naively bought Zena when the Bulldogs won the AFL premiership, so I knew nothing of the many health issues that Bulldogs are susceptible to.  Her breathing was laboured at times and she did snore, but it never seemed to be an issue.

Zena had two very serious turns at around 18 months where she couldn’t breathe, coughed up foam and turned blue (the first time our local vet told us she had most probably swallowed a bee and the second time I was told by an emergency vet that she needed soft palate surgery). After the second incident Zena had her soft palate shortened, and her tonsils/saccules removed by a surgeon recommended by our breeder. The recovery was quick but I didn’t notice any improvement in her breathing.

Five months later while being assessed for a reoccurring eye ulcer at the Southern Animal Health (SAH), Dr Karin identified that her soft palate needed to be shortened further and also thinned. Once this was done – the results were immediate and significant. Zena’s breathing is no longer laboured, she doesn’t snore at all – she even sleeps on my bed and you wouldn’t even know (apart from the fact that she is a 20kg bulldog that takes up too much space!).

I now truly have piece of mind that Zena won’t have any sudden adverse breathing issues and that she will have a better quality of life.  She has always been active however now she is full of energy that we didn’t know existed. Thanks to the education I have received from SAH, I also believe that any secondary changes that were occurring are now much less likely to progress.

1.       All bulldogs should have their airways assessed when they are desexed between 6-12 months – even if there doesn’t appear to be an issue – there may be an underlying issue that could cause problems in the future.

2.       Don’t naively believe your breeder when they say their dogs “do not have issues”.

3.       When looking for a vet for soft palate surgery, you need to know the right questions to ask – do they know how to thin as well as shorten the palate?

These lessons could have saved me thousands of dollars.

If you are lucky enough to be able to get to SAH, Dr Karin is amazing and has extensive experience working with Bulldogs.  I found her to be a wonderful communicator who put me at ease during a stressful time. I could not be happier with the treatment Zena received from her. 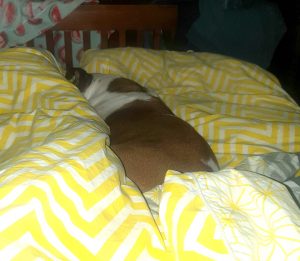 Zena sleeping on my bed and having snuggles (no snoring) 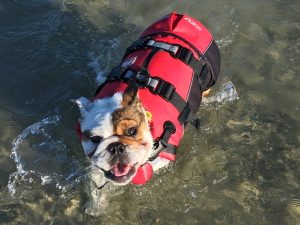 Swimming at the beach